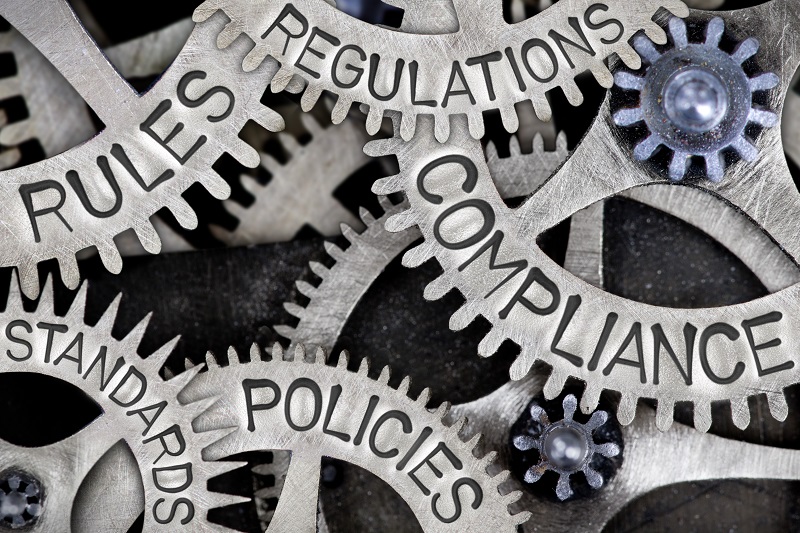 How New Standards Are Created

The industrial market is constantly evolving.  New designs and new concepts are always being introduced in order to fill a need (or a perceived need).  In a “survival of the fittest” process, some of these new products are adopted by users and others disappear, forgotten and unused.

This is the concept of the Dominant Design.  In a competitive market between comparable products, one design will become dominant.  The reason for this dominance will not always be technical superiority.  Other factors including cost, availability, ease of use and simple customer perception will be at work to define which product will become the market leader.

From the Dominant Design concept comes the “De-Facto Standard”.  In this, the product that has become dominant is used to describe the “right” way of doing things.  Few examples are more clearly demonstrated than the interconnection industry.  Connectors are frequently the only component that provides an interface between two pieces of equipment.  These devices may be manufactured by different companies, or even made on different continents, but there is a need for them to work together.  Therefore, customer familiarity and demands have a large part to play in the selection of connectors.

There are lots of examples of dominant design amongst connectors, from the use of 2.54mm (0.100”) pitch on printed circuit boards to the adoption of the 3.5mm audio jack for almost all headphone applications.  Customer familiarity means that companies adopt these products even when there is no legal requirement to do so.  The advantages of using the “standard” often far outweigh any benefit gained by introducing a new design.  As a result, the connector industry moves slowly, with most new developments being evolutionary developments from what has gone before, rather than revolutionary designs.

The ideal outcome for any new product would be to achieve the design dominance of older products.  However, the current market makes product introduction tricky and design dominance difficult to achieve.  A new product will be competing against the inertia of an existing solution.  Designers now have instant access to data from manufacturers around the world and the visibility of all of the available choices.  It is insufficient for a manufacturer simply to release a new product and expect sales to take off.

In order to make the greatest impact on the market, manufacturers are turning to others in the industry with whom they can partner.  In some cases, these partners may even be direct competitors, but the potential benefits of pooling resources toward a common solution outweigh the dangers of sharing information.

A recent example of this kind of collaboration can be found in the new Single Pair Ethernet (SPE) standard.  SPE is a new development of the existing ethernet protocol that is so familiar in the world of computer networking.  Ethernet was the result of a collaboration between competitors – Xerox, Intel and DEC – that has itself become the de-facto standard for computer networking, and now forms part of the physical infrastructure that makes up the internet.

However, there have still been areas that Ethernet has not penetrated fully.  In particular, the growth of the smart factory and the internet of things has led to a demand for ethernet connections between devices that have previously used industrial bus-type communications.

In a typical smart factory topography, there has been a gap between the enterprise and control layers which use ethernet and the device level which uses older bus-type protocols to communicate.  SPE seeks to update the communications at the device level to enable ethernet to be used across the whole network.

As the name suggests, the new Single Pair Ethernet connector does away with the familiar 8P8C modular connector and replaces it with a small two-pole type.  The body governing the introduction of SPE includes in its membership several manufacturers who have chosen to work together to create a common standard for the design of the connector.

There are many benefits to this approach to connector design.  Creating a brand new connector design is an expensive exercise, and sharing the costs with others makes it more commercially viable for the manufacturers to enter the market.  Customers will benefit from the competition that is built into the market as there are several brands from which to choose.

However, possibly the greatest impact is hardest to value.  A consortium of companies, all working towards a single goal and speaking with a common voice, is in a far more powerful position to influence the adoption of new technology than a company working in isolation.

Another important consortium has been formed in recent weeks.  We have talked in a previous blog about the digital twin and its influence on the factory of the future.  A consortium of companies has been formed to help guide the conversation around the use of digital twins and to educate users for whom this might look like a new and costly development.

The impact of these new consortia on the market has yet to be assessed.  The Single Pair Ethernet Industrial Partner Network can already boast a certain momentum.  The connector designs have been completed and ratified by industry standards organizations such as IEEE, ISO/IEC and TIA.  This has led to some equipment manufacturers adopting these connectors even before the SPE protocol has been adopted, therefore giving them a commercial advantage when that change does occur.

How well the Digital Twin Consortium can influence the agenda is harder to judge.  The consortium itself is still very new and will not be writing the actual standards that govern the use of digital twins themselves.  It may be that the DTC becomes a marketing team for digital twins, or simply a lobby group amongst larger standards organizations.

Alliances between companies is not a new development.  We have seen competitors work together before, especially in the automotive and aerospace industries.  However, the idea of companies coming together to influence the next big thing is something that I believe we will see more of in the future.

Designers may believe that they are the ones deciding what technology is adopted.  The truth is that the choice might be more limited than you think.