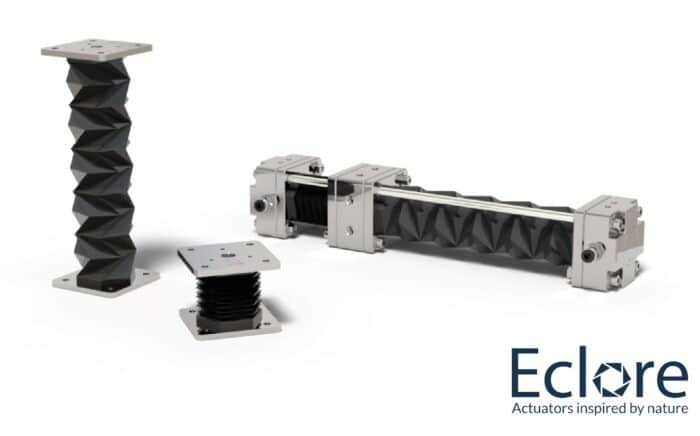 After drawing inspiration from deployable space structures made using origami-folded techniques, which are a natural way of finding the best possible solution, young engineer Pierre Gautier-Le Boulch designed an actuator whose main component is a set of elastomer folded bellows. This space-saving disruptive innovation offers a lightweight design and contains very few parts. In addition, it is totally recyclable and requires zero maintenance. It can be produced in an infinite number of versions to withstand loads from a few kilograms to over 100 tons.

As part of my degree at the École des Mines de Saint-Etienne, I did a six-month internship on space propulsion systems at Seoul National University in South Korea. I discovered the origami-inspired folding techniques that are used to minimize the weight and size of the structures sent into space, especially the arms that support solar sails. At the same time, I noticed the synergy between all the major universities around the world in developing bio-inspired actuators, and that’s what gave me the idea of combining the two by designing an actuator with active bellows that can be deployed like an origami, since folding is an optimal solution that can be found in nature Pierre Gautier-Le Boulch, Founder and CEO of Eclore Actuators

The first technical studies into the necessary folding processes were conducted at the École des Mines de Saint-Etienne during his final-year project in 2019. The results were so promising that Eclore Actuators was created in Nantes in November 2019 and hosted by the Nantes Créatic incubator run by Nantes Métropole Aménagement for the purpose of finalizing the feasibility studies. Eclore Actuators has since been incorporated into the Atlanpole incubators with support from France’s Ministry of Higher Education, Research & Innovation (MESRI), and IMT Atlantique for its development.

The main part of an Eclore Actuators cylinder is a hexagonal elastomer tube that is simply formed by folding based on a proprietary manufacturing process (international patents pending).

We took a highly empirical approach when pioneering this folding technique, because the folds are very hard to model. So we tried many different patterns and combinations, while playing around with several production parameters, which we artificially aged until we reached the current model that is capable of withstanding two million cycles at six bar without breaking. Pierre Gautier-Le Boulch, Founder and CEO of Eclore Actuators

This type of cylinder offers a wealth of advantages, especially in terms of its lightweight design and inertia. A conventional cylinder with a diameter of 50 mm and stroke length of 100 mm weighs between 2 and 2.5 kg, whereas an Eclore Actuators cylinder with the same capacity can lift 120 kg, weighs 400 g and features dimensions that are two to five times smaller while offering a very low level of inertia, which allows for very high cycle rates. In addition, the bellows can operate in double-acting mode. Positive pressure deploys the bellows while negative pressure compresses them (e.g. used for suction cup lifters).

Since the bellows are airtight by design and engineered entirely from elastomer, they are compatible with all types of fluids, not just compressed air but also hydraulic oil, water (no corrodible parts), glycol and so on.

When it comes to maintenance, the very low number of parts (bellows, two terminal plates and two flanges to clamp the bellows to the plates with a few screws) excludes all the wear parts, for both guiding and leaktightness. This design eliminates any need for lubrication between the moving metal parts, which is extremely beneficial for applications in the food and pharmaceutical industries, where any risk of contamination must be avoided. Finally, the cylinder is made from totally recyclable inert materials.

The cylinder’s bellows are also flexible enough to follow non-rectilinear paths, including hinge movements over 90° angles. The range of accessories is designed like a real Meccano set and allows several bellows to be combined to satisfy the most complex kinematics. In addition to the actuators, Eclore Actuators’ bellows can also be used to create pneumatic dampers or simple protective bellows.

The production machines that we’ve designed and manufactured allow us to produce bellows in lengths up to 1.5 m and diameters from 1 cm to 1 m, whether for robotics or heavy handling applications. The first market in our sights is special machinery for the manufacturing industries, especially for logistics and robotics. We’ve actually already signed a partnership agreement with MGI Digital Technology to equip the handling devices for its graphic arts printers. The first tests under real conditions will start early 2022, and large-scale commercialization will begin early 2023. Pierre Gautier-Le Boulch, Founder and CEO of Eclore Actuators

Eclore Actuators currently employs five people, but that number should swell to 12 by the end of 2022, with plans to achieve a 15-strong workforce in 2023. Reinforcements will be made to the design office with R&D engineers, as well as for manufacturing and assembling the bellows in a workshop that will increase from 80 to 400 m² by mid-2022.

Eclore Actuators operates on shareholders’ equity. It has been granted Young Innovative Company status (JEI) and has therefore been subsidized by BPI. “But we’re launching a €1 million dilutive fund-raising effort to satisfy our needs until 2025. During that period, we’re aiming to generate revenue of €2.5 million,” concludes Pierre Gautier-Le Boulch.

To find out more: https://eclore-actuators.com/ 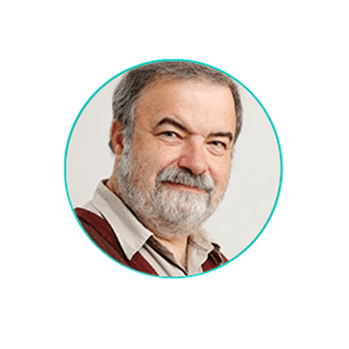 Despite retiring in February 2017, Jean-François has every intention of maintaining an active lifestyle. That is why he keeps abreast of the latest trends and developments sweeping the PLM sector (CAD/CAM, digital simulation, 3D printing, the factory of the future, virtual and augmented reality, etc.). 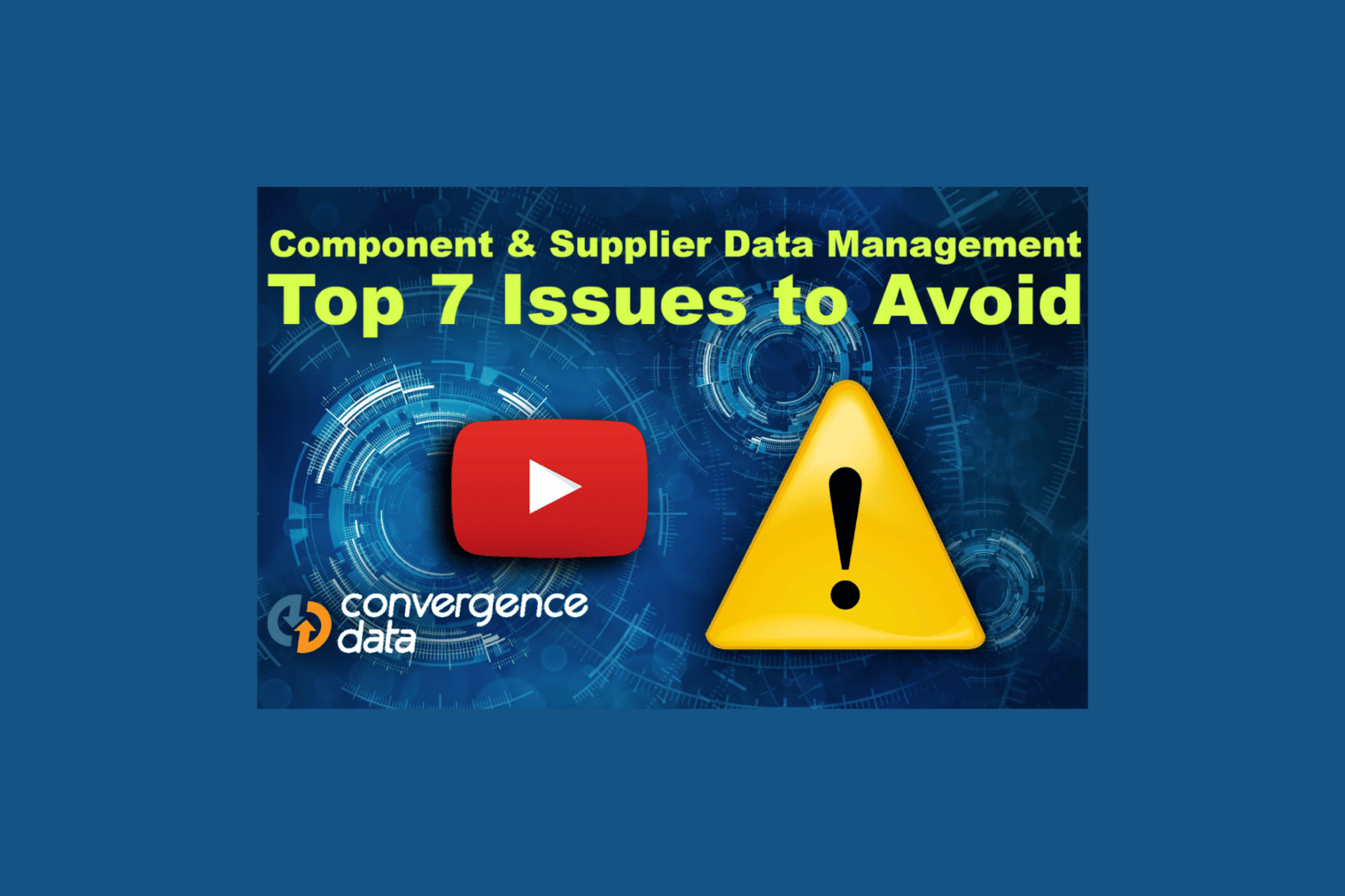 This video outlines the most frequent issues we have seen our customers experience and ways we have been able to help them.  This webinar includes...

TraceParts, one of the world’s leading providers of 3D digital content for engineering has recently extended its long-lasting strategic partnership with Autodesk, a cloud-based 3D...

How to Reclaim Your Design Time

The world of 3D modeling has revolutionized design. As an example of the power that 3D CAD (computer aided design) that can deliver to designers,...