Part libraries on the Web

2D and 3D manufacturers parts can be downloaded in a variety of native or neutral formats from the Web, or through complete libraries on CDs, saving time and effort to complete assembly design While CAD has certainly facilitated mechanical design, engineers should not have to spend time creating standard parts for assemblies. Many part manufacturers […] 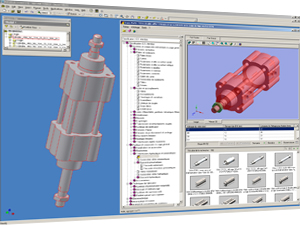