The six KPIs for measuring the performance of your email campaigns

If you use email marketing to promote your products and services, and generate new business opportunities, then you are absolutely right! Email marketing continues to be the key communication channel for any marketing strategy, whatever your line of business.

Sending email campaigns to a segmented base, taking care over the message, defining calls-to-action and carefully designing the landing page are prerequisites for a successful campaign. But do you know how to measure the performance of your email campaigns?

Launching an email campaign is great, but that’s not enough! It would be a real shame to go to all the effort of building a campaign from scratch without actually knowing how well it performed, especially since analyzing campaign performance can generate ideas for your next campaigns!

So which KPIs should you measure?

To begin with, an indicator measures the performance of your actions. In marketing, we tend to refer to KPIs (key performance indicators). Here are six KPIs that you should not forget when measuring the effectiveness of your email campaigns.

The rate should be as close to 100% as possible and reflects just how healthy and up-to-date your database is, since it is influenced by the validity of the addresses.

This rate also measures the campaign sender’s reputation among ISPs. If the sender has a bad reputation, emails will not arrive in inboxes.

Note that opens are counted when the recipient has opened the email and downloaded the images if they are not displayed automatically.

An average open rate is considered to be between 15 and 20%, with good rates exceeding 20%.

What can you deduce from the open rate?

The rate will help determine the performance of the email subject line and whether it caught the interest of the target audience.

It also indicates the health of the database, since contacts are responsive and up-to-date.

Bear in mind that the open rate may also vary according to the day and time at which the email was sent.

The click-through rate for an email campaign measures the number of recipients who have clicked at least once on the message compared to the number of emails delivered.

This KPI measures the effectiveness of the campaign and illustrates the quality and relevance of the message, as well as its ability to encourage recipients to click.

A high click-through rate means that the campaign content has resonated with the problems facing the target audience. This also indicates the effectiveness of your calls-to-action.

However, this rate depends on the two KPIs that we have already seen. A low deliverability rate will have a cascading effect by causing fewer opens and less clicks.

An average click-through rate is considered to be between 1.5 and 3%, with good rates exceeding 3%. 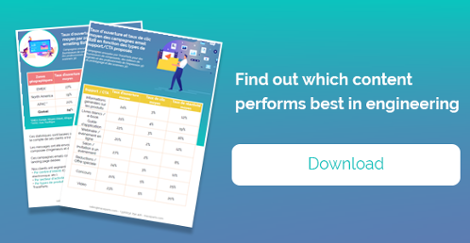 The responsiveness rate refers to the number of clicks on the email compared to the total number of emails opened.

This KPI measures the level of consistency between the email subject line that encouraged recipients to open the email and the content of the email that prompted them to click. It reveals just how attractive your campaign is.

If the responsiveness rate is low despite a good open rate, it means that the promise given in the subject line was not kept in the email and that the content was not appealing enough.

The unsubscribe rate refers to the number of recipients who have clicked on the unsubscribe link to stop receiving further emails. This is the only KPI that should be as low as possible!

A high unsubscribe rate means that your message does not resonate with the target audience.

An average unsubscribe rate is considered to be around 1%.

The conversion rate is the ultimate KPI. It is measured when a recipient carries out a specific predefined action, such as requesting a quote, filling in a form, downloading an e-book or registering for a webinar.

It is not only associated with the email campaign, but also the landing page, which must relate to the message driven by the campaign.

To improve the conversion rate, avoid asking for too much information in the form and, better still, use a pre-filled form.

This will have a positive effect on generating leads!

By measuring these six KPIs, you will be able to analyze the performance of your next email campaigns.

If you want to send messages using a targeted database of engineers and designers, while taking advantage of our marketing advice to improve your campaign success rate, get in touch!